Affectionately known as ‘S’ to generations of students, Mr. Keith Steininger has called it a career after 41 years of service to the Girard College community.

Many who work in education describe what they do as a “calling,” and there is no doubt that Keith Steininger is a man of vocation. A quick-witted storyteller, generous friend, and exemplary role model, Keith gave of himself every day to make the Girard community a better place. “S is never too busy to lend a helping hand to a colleague or student,” said Keith Rice, Director of Technology, who has worked with Steininger for four years. “He’s taught me the importance of bringing your whole self to work each day. Seeing the impact he made on every student who crossed his path helps me remember why it is that we do what we do here at Girard.”

After following his future wife, Kathy, to Philadelphia in 1981, Keith was introduced to Jim Wiant at Girard College, who brought him onboard as a houseparent (residential advisor). A year later, he and Kathy were married, with all the boys in his section attending the ceremony. It was the first of many times that Keith treated Girard students like family.

Keith worked in the residential program for several years, eventually rising to senior houseparent and then supervising dean of the middle school sections. He and Kathy raised their son, David, while living on campus, and Keith enjoyed a prosperous relationship with Rick Leek, his counterpart in the academic program.

Enamored with audio and visual technology since his own high school days, Keith would buy his own equipment and loan it out to colleagues and students. Eventually, President Joseph Devlin tapped Keith to lead an A/V department, which would morph into what is now known as GETS, an acronym Steininger coined that stands for Girard Educational Technology Services.

Through the late 90s and early 2000s, GETS would expand from a small workroom in the high school annex to encompass a full office and TV studio. A makeshift cafe sprouted up, where students would serve coffee to teachers and staff before starting the day’s work. As always, Keith encouraged new ideas and happily accommodated his colleagues’ requests for their favorite snacks.

After a campus-wide cable network was installed, a live morning news program, Girard College News, would launch in 2001 thanks to the efforts of Eagle Scout candidate Darnell Billups ’04. Students were recruited to write, produce, and deliver the news daily.

In 2010, Keith was tapped to work in the after school program, and would also take over as Troop Leader for Boy Scouts Troop 400, based at the College. His willingness to try something new made him the perfect mentor to build the program up throughout the 2010s, leading countless camping trips and service projects.

After a brief stint as the Assistant Principal of the high school, Keith found his way back to GETS in 2016, where he would cement his legacy. Every Chapel service would feature S running audio and video, prom and graduation ceremonies would thrive thanks to his efforts, and student musicals boasted the best handmade sets and costumes under his watchful eye.

At the end-of-year staff luncheon in June, Keith was recognized for his 41 years of service with his own personalized board chair, a lasting testament to a career marked by compassion, creativity, and love.

“There’s something about working at Girard that gives you experience in a lot of different areas if you’re just willing to open up and try something new,” Steininger said in his farewell remarks. “Every day of my time at Girard had a bright spot, and it was the kids. I’ll miss interacting with them, seeing them smile, watching them grow. I’m so glad to have been part of a community where people treat every student like they are their own child.”

In a community built on the legacy of Stephen Girard, Keith Steininger has created a legacy of his own. He will be deeply missed, but his impact on hundreds of students, families, and colleagues will last for generations. 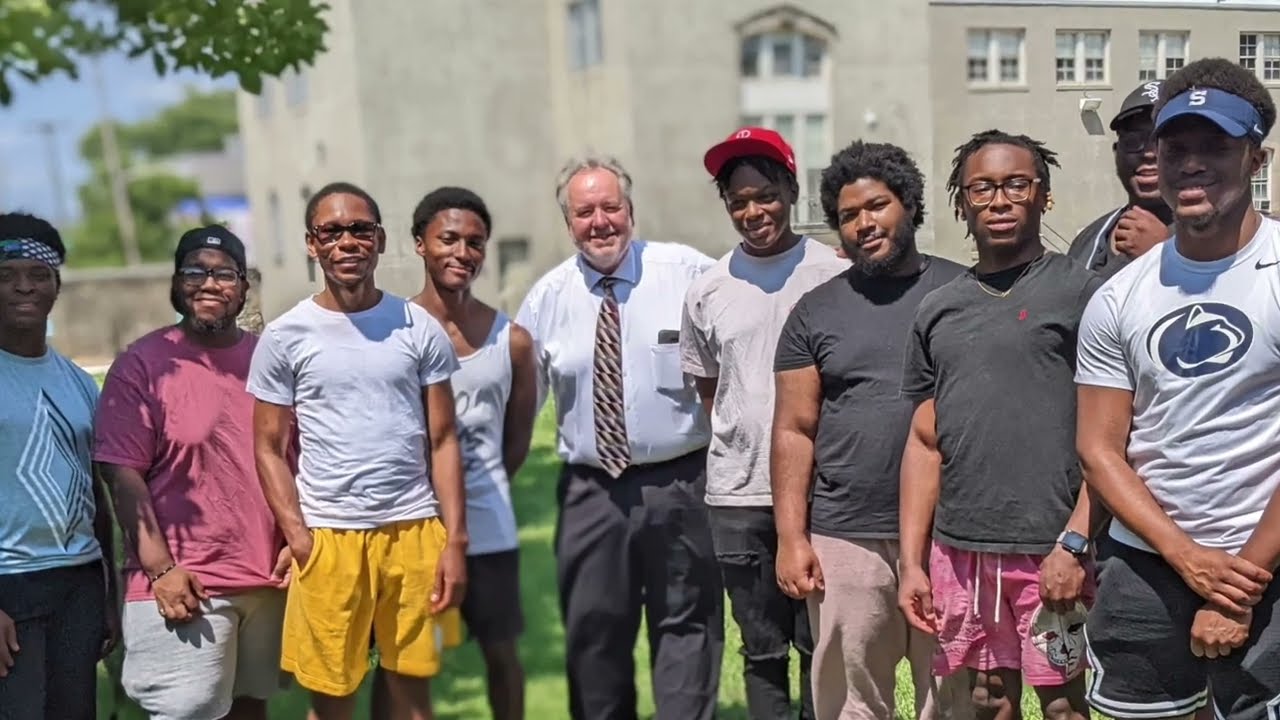